Acasă English Igor Munteanu//The fourth way. And the last one. 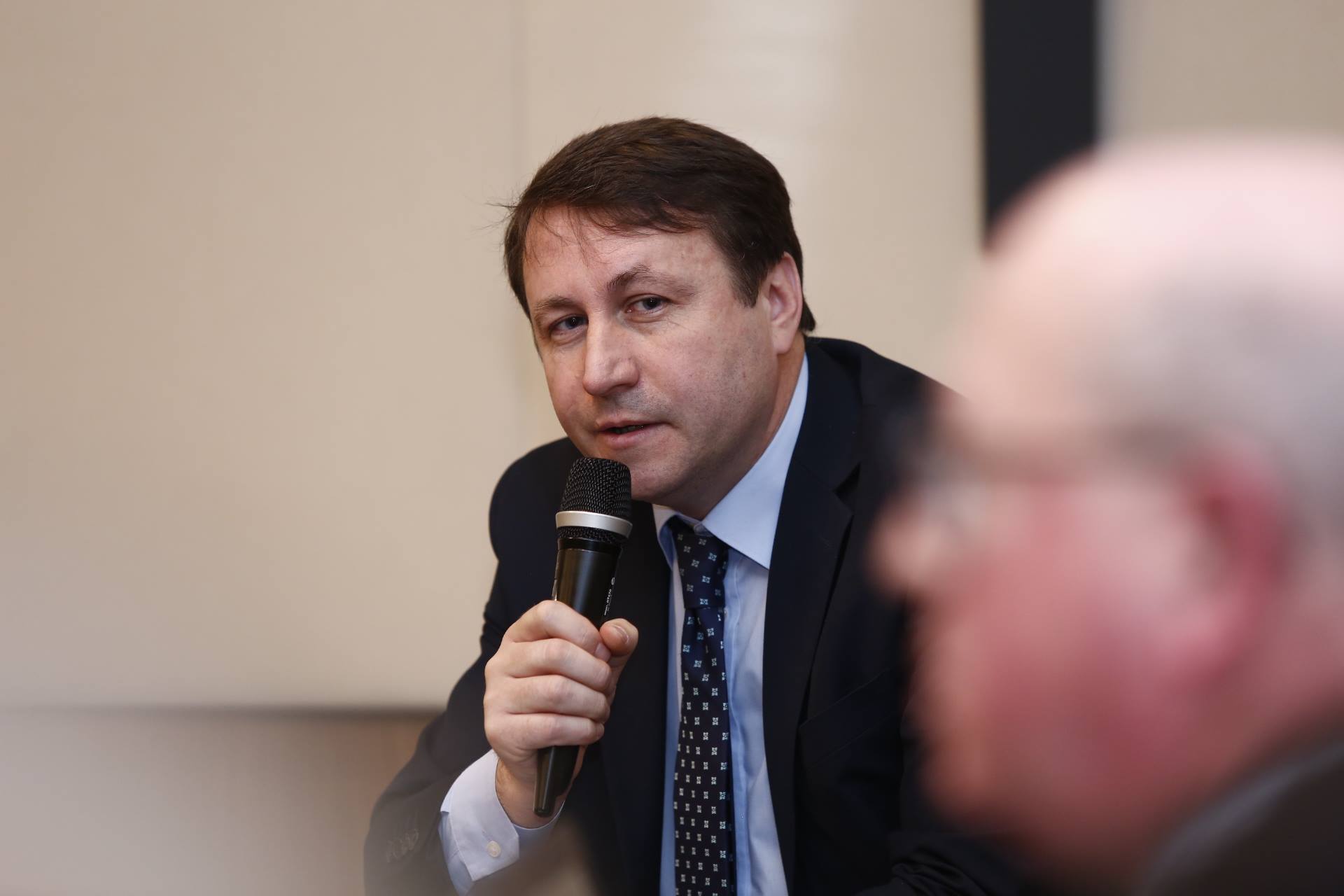 One never says as many lies as he does before the elections, during a war, or after a hunt, said Georges Clemenceau, well-known for his role as Minister of War and French Prime Minister during the First World War, and for the unscrupulous sarcasm against his political opponents. Even a man like Clemeanceau would feel embarrassed had he found himself under the tons of propaganda broadcast this Sunday at the PD’s electoral manifestation, which, logically, marks the official entry of the government into the elections. And this is why.

This was the first time when the PD (Democratic Party) leaders directly announced that they oppose the pro-EU direction, calling it one of the three directions with which the politicians have lured the citizens of the Republic of Moldova for the last 27 years, and which the present governing party contradicts, opposing it to a „fourth way” (Pro-Moldova). Only the „fourth way” will allow the Republic of Moldova to restore its national dignity, to play an active role in foreign relations and to bring home welfare for the future of children and to assert itself as a modern society, says Vladimir Plahotniuc.

We were able to see, on Sunday, how the PD oligarchy announced a doctrine of its own, which seems to be strongly inspired by Ceausescu’s immortal ideology regarding „political independence” (the 70’s-80’s, years in which Romania lived on cards and when political opponents were rotting while working on the Danube canal). Similar to the “Scorniceşti genius”, PD’s current leaders say they will no longer tolerate being „the object of geopolitics, as it has been in the past decades, when everybody dictated us what to do, where to go, whom to listen or what to dream „, and that, from now on,” Moldova has the right to its own vision, to its own word in its relations with those from abroad „.

It is not very clear how exactly the PD wants to deal with the “ruthless geopolitics”, given that, just a few months ago, Prime Minister Pavel Filip claimed that the state he is in charge of does not have money to even feed children in schools . If this statement would not have been said at a political rally of the ruling party, we could have had the impression that we were watching a political satire show, like Bill Maher’s „Real Time”.

The political direction taken at this point by the PD towards a „Pro-Moldova doctrine” cancels and mocks the „crocodile tears” of its emissaries regarding the „betrayal of the pro-European parties” during PD’s recent attempt to insert the term „European integration” into the Constitution. The PL (Liberal Party of Moldova) and PLDM (Liberal Democratic Party of Moldova) refused to support an initiative that has nothing in common with the political regime that PD feels attached to.

The PD leaders’ willingness to support the amendment of Article 13 is purely circumstantial, that is to say, strictly electoral, and the fact that, during its Sunday election rally, the PD claimed that the EU was just a „way to attract”, proves that the MP’s that opposed the amendment where right. Putting the EU on the same balance with the Eurasian Economic Union is an insult to those who have signed the Association Agreement; some of them later even received national distinctions for it.

To reject the right of Moldovan citizens to join the EU on the eve of the 30th anniversary of the collapse of communism in Europe, which we are going to celebrate in 2019, is similar to having a stroke for anyone who supports the PD. To abominate the Moldovan citizens who want to reunite with Romania on the grounds of primitive “pro-Moldova” ideology puts the PD leaders in the same line with the pro-Kremlin groups, alongside Dodon and his Transnistrian comrades.

What is even more serious is to mistakenly read out the messages of the foreign partners – for the reason why PD drops the strategic course towards the European Union is strictly political. The „grapes are very sour” when the strict conditions of the EU are not met, when bank thieves are not caught, when corruption remains rampant, and when propaganda seems to affect especially those who spread it, as a radioactive explosion.

In this context, it is not the momentary political confrontation that blocked the solidarity vote in Parliament on the subject of the (pro) -European course, but the credibility of its authors.

The falsity of the electoral campaign of the PD rally was confirmed by Prime Minister Pavel Fillip’s exalted speech. According to him, „negativity has declined in the society,” and Moldova is no longer the poorest in Europe”, saying the average pension has exceeded the subsistence minimum. Still, the PM did not specify exactly whose pension exceeded the subsistence minimum, or how many children and elderly fall asleep each evening hungry; meanwhile, bank robbers are left free and are throwing hundreds of thousands of euros on luxury travels, while the prosecutors loyal to the PD are pretending to not notice them.

Politicians that tell lies every time they open their mouths cannot be respected, regardless of the tons of propaganda paid with money from offshore areas. All the more, the idea that you can blame the political opposition to explain your failures is irresponsible and hypocritical. What can ambassadors of EU states at Chisinau say when a PM of the PD states that „the opposition does not build, it can only destroy”!?

The question is – does the big coordinator of the ruling coalition understand in what … canyon he has thrown his party? And does the Democratic Party understand that one cannot convert mechanically collected votes into organic loyalty that any democratic power needs in a state governed by law? Many of the statements made yesterday, on Sunday, October 21, on the brightly colored in oligarchic-blue scene, would be able to overwhelm even the great Clemenceau.

One lawmaker said, for example, that „no political party in the Republic of Moldova has done more than PD did for the European integration vector” – this was said in a time when Moldova is internationally isolated and has paralyzed its relations with the European Union, the macroeconomic financial support is frozen until after the elections, and the list of anti-democratic activities is so long that it could fill up the agenda of the European Parliament for the next political cycles.

Finally, presence at the PD rally disappointed the organizers’ estimates of 100,000 people. Had the organizers not fully exploited the administrative resources and unlimited funds of its sponsors, Sunday’s event would have been a complete failure.

In addition to the numerical estimates of the public, we must note with regret the extensive use of children by the PD for electoral purposes, on the stage, and in the advertising spots abundantly circulated during the rally, despite the rules stated in the national legislation that explicitly prohibit engaging children political activities (art.13, p.3, Child Protection Act).

It would be interesting to hear the Ombudsman’s opinion, who should have already drawn a conclusion regarding the event.