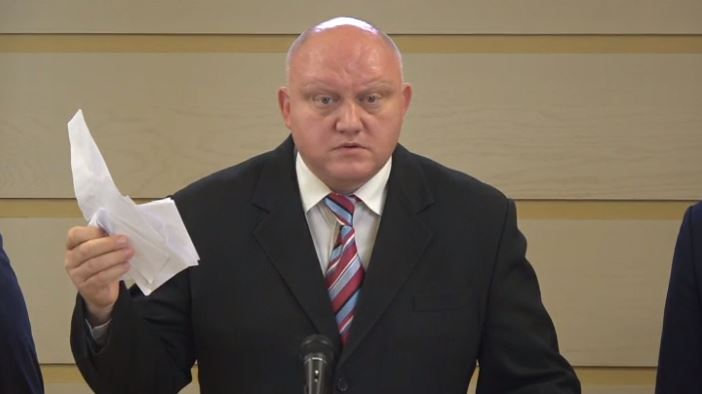 During today’s meeting held at the Parliament, the Prime Minister Maia Sandu and the Socialists have not reached an agreement yet regarding the future of the Government.

The Socialists accused Maia Sandu of violating the political agreement signed in September, referring also to the provision regarding the election of the Attorney General.

„The agreement was seriously challenged by the bloc „ACUM” and by the Prime Minister. All the provisions from the agreement were respected word by word by the Socialist faction. On November 6, the law was changed. Sandu, by backstabbing, came up with a law which stipulates that she can personally select candidates for the position of Attorney General. Thus, it disregards the largest faction in the Parliament, that of the Socialists”, the PSRM faction accused Maia Sandu.

According to the Socialists, Maia Sandu „changed the rules of the game during the game”.

„Today we can see a symbiosis between Plahotniuc and Filat in the form of Maia Sandu”, stated the Socialist Deputy, Vasile Bolea.

The Socialists claim that they told Maia Sandu that „they want to keep their coalition and the Government”, but that they feel „left out”.

„The only solution in this case is to withdraw this project through which they assumed liability. We should meet in the Parliament and discuss this project and vote whether we agree with it or not.”

Bolea also mentioned that Maia Sandu „made it clear” that those in the bloc ACUM „do not need the Parliament and that they can do whatever they want by assuming liability”.