Acasă English Dereck J.Hogan, about the decision to declare Plahotniuc undesireable in the U.S. 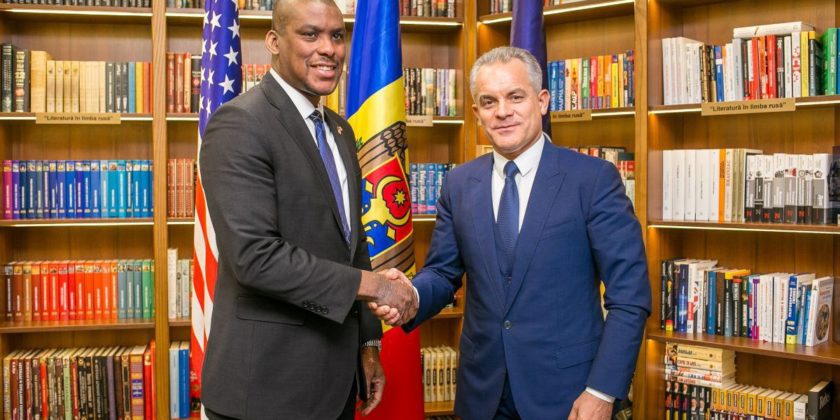 The ambasador of USA at Chisinau, Dereck J.Hogan, commented the announcement made by the american state secretary, Mike Pompeo, about the fact that Vladimir Plahotniuc and his family aren’t alloud to visit USA, based on all the corruption acts of the ex leader of PDM party, that ruined the justice and damaged the democratical evolution in the Republic of Moldova.

„The United States of America treats corruption very seriously. Nobody has the right to be above law”, said the ambasador Dereck J.Hogan.

The state secretary of USA, Mike Pompeo, announced on monday that Plahotniuc and his family received the prohibition to enter the USA territory, due to all the corruption acts of the ex PDM leader, that undermined justice and endangered the democratical processes in the Republic of Moldova.

Thus, Mike Pompeo declared that an American law prohibits visits from people that committed corruption in their countries. This law is also applied over Plahotniuc’s family members.

„Besides Plahotniuc, I also declare undesirable his wife, Oxana Childescu, his son, Timofei Plahotniuc, and his minor child. Today’s action highlights a strong signal, U.S. doesn’t tolerate corruption and is ready to support Moldova against it. The State Department will continue to use these kind of stipulations to penalize corrupt actors from this region and globally”, it also shows up in Pompeo’s message from the State Department of USA web page.