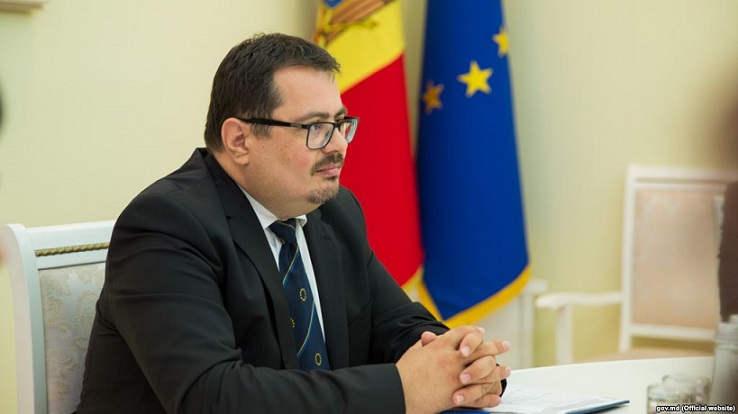 The head of the EU Delegation to Moldova, Peter Michalko, claims that the investigation of the Moldovan bank fraud „hasn’t advanced since autumn last year”. While talking in front of an audience at the Comrat State University, he declared that the justice reform in the Republic of Moldova remains the number one priority for the European Union.

According to media from Găgăuzia (an autonomous region in the southern part of Moldova), Michalko rejected the accusations regarding the supposed involvement of the European officials in the „theft of the century”, declaring that „we often see attempts of changing the responsibility in front of others”.

„These rumors are’t based on truth. The EU asked and will continue to insist on the complete investigation on the billion dollars theft and the criminal liability for all the people involved”, declared Peter Michalko.

„The trials against the authors of the robbery haven’t advanced. There was no real cooperation or international investigation until autumn last year”, he said.

The Ambassador emphasized that the future of the country and the welfare of the citizens represent a key element when talking about reforms in the justice system.

„The reform process should be open and transparent. The involvement of the civil society representatives, national and international experts and foreign partners is indispensable. Also, the EU watches closely over the situation in these areas. Until recently, the level of corruption in the courts and prosecutor’s office was really high, and is also widespread all over the country. This situation has to change”, Michalko said.

He also emphasized that for the European partners of the Republic of Moldova it is very important to end the corruption, that was so highly spread until June 2019.